Strengthened family in El Salvador .
Testimonials occurred in the Church of God in El Salvador Torre Fuerte home ministry " Happy Happy Tummy Learning " Viva Network member of El Salvador . Pastor Ricardo Polanco Polanco and sister Celia Ministry coordinators Happy Tummy , happy learning "
It happened in the second week of March 2014 . Has opened a child cell in a place that is known as Hamlet San Diego located in the canton Cruz Grande jurisdiction of Izalco, community in extreme poverty in the city of Sonsonate ( west of the country ) in this cell we met Mrs. Gladis Cumza Rosa and her two daughters : Griselda Vazquez Yamilet Cumza age 13 born March 6, 2001 and his sister Delsy Arely Vazquez Cumza 11 years born February 17, 2002 .
All three suffered from a skin disease , it was shocking to see the mom and her children suffer with this disease who had their arms , legs and chest a few infected sores , they scratched and bleeding , they itched a lot and gave them worth people watched the bleeding tissue , adding to this, the isolation and rejection of her friends . The day that we met impressed us greatly at the end of the Bible class are partitioned a small snack , the pastor told me the Lord Jesus laid on my heart to pray for these girls and their mother for healing and then cut a leaves of a plant that was planted in the yard of the house where allow us to make the cell devoted leaves and pray in the name of Jesus Christ and the pastor began to pass the leaf by the arms of the three and declared healing in the name the Lord Jesus Christ . After praying for 4 Tuesday followed , which are the days of the cell in that place, God miraculously healed the Cumza family. TO GOD BE THE GLORY . The mother declares it as a miracle of God because the drugs did not have any effect several medicines that had already been implemented .

A VENIR A LA IGLESIA Y MOTIVÓ A LA 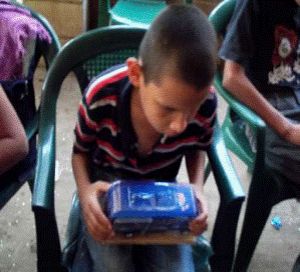 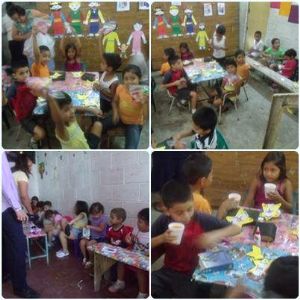 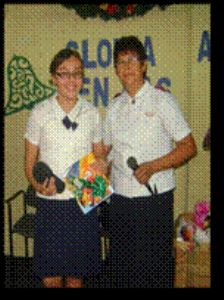 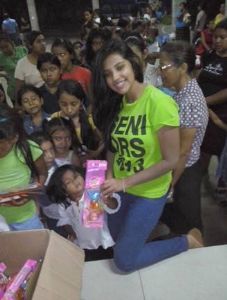 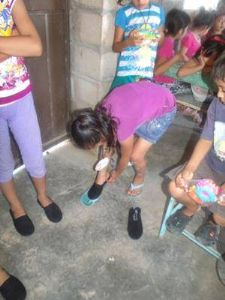 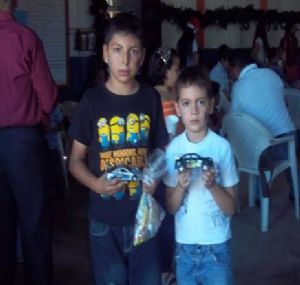 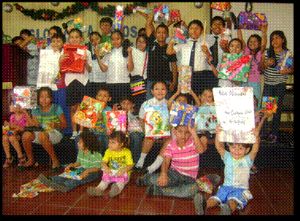